In November, a team of over a dozen heavily armed FBI officers conducted a raid on the home of Area 51 website owner Joerg Arnu.

Arnu has stated that he feels the raid on his home was unjustified, a form of intimidation, and an abuse of power.

The FBI has yet to provide any explanation for the raid, says Arnu, an expert on Area 51, on “Tucker Carlson Tonight,” though he suspects that the photographs he posted on his website may have been the reason for the search.

Arnu has been requesting clarification from the U.S. Justice Department for an extended period – yet has received minimal information as those responsible for the raid have remained tight-lipped.

“I published photos of Area 51 on my website, which is something I have done for 20 years without anyone really taking issue with it. And all of a sudden, this thing comes out of the blue crashing down on my home. I really still don’t have an explanation,” he continued.

Arnu, an immigrant, expressed his surprise and dismay at the way the U.S. government has handled the issue.

When asked by host Tucker Carlson if he ever thought something like this could happen to him upon migrating to the United States, Arnu replied, “Absolutely not.”

“Absolutely not. I would have never expected this. If you would have told me three months ago that this could happen, I would have said absolutely impossible. I am really shocked that this can happen to a cooperating, innocent senior citizen who is really just wanting for looking for a peaceful retirement and who has a little hobby on the side to run a blog about Area 51. That’s all I’m doing,” he said.

Arnu went on to explain that a portion of his website is dedicated to educating individuals on how to avoid potential issues and properly research Area 51. He even provides information on the designated areas that are off-limits around the base, with the intention of assisting the government and deterring “loonies” from trespassing.

Arnu has yet to face any charges following the raid and remains in search of the truth about why this damage was done to him.

He has enlisted the help of a lawyer, but even they have encountered difficulty in reaching anyone for answers.

The only instance in which Arnu was able to communicate with the FBI was when he requested reimbursement for the $25,000 in damages caused by the raid, which was ultimately denied.

“I am totally shocked that this can happen. To some degree, I have lost a little bit of faith in the justice system in this country, and I would really like to know who is behind this,” Arnu finished. 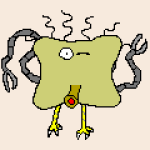 Eden Reports is a Seattle-based news reporter with a focus on a wide range of topics, including local news, politics, and the economy.

Joe Biden Claims He Was in Office for 400 Years, News About Economy Can’t Be Better, Inflation Decreasing Every Month

Joe Biden Claims He Was in Office for 400 Years, News About Economy Can’t Be Better, Inflation Decreasing Every Month